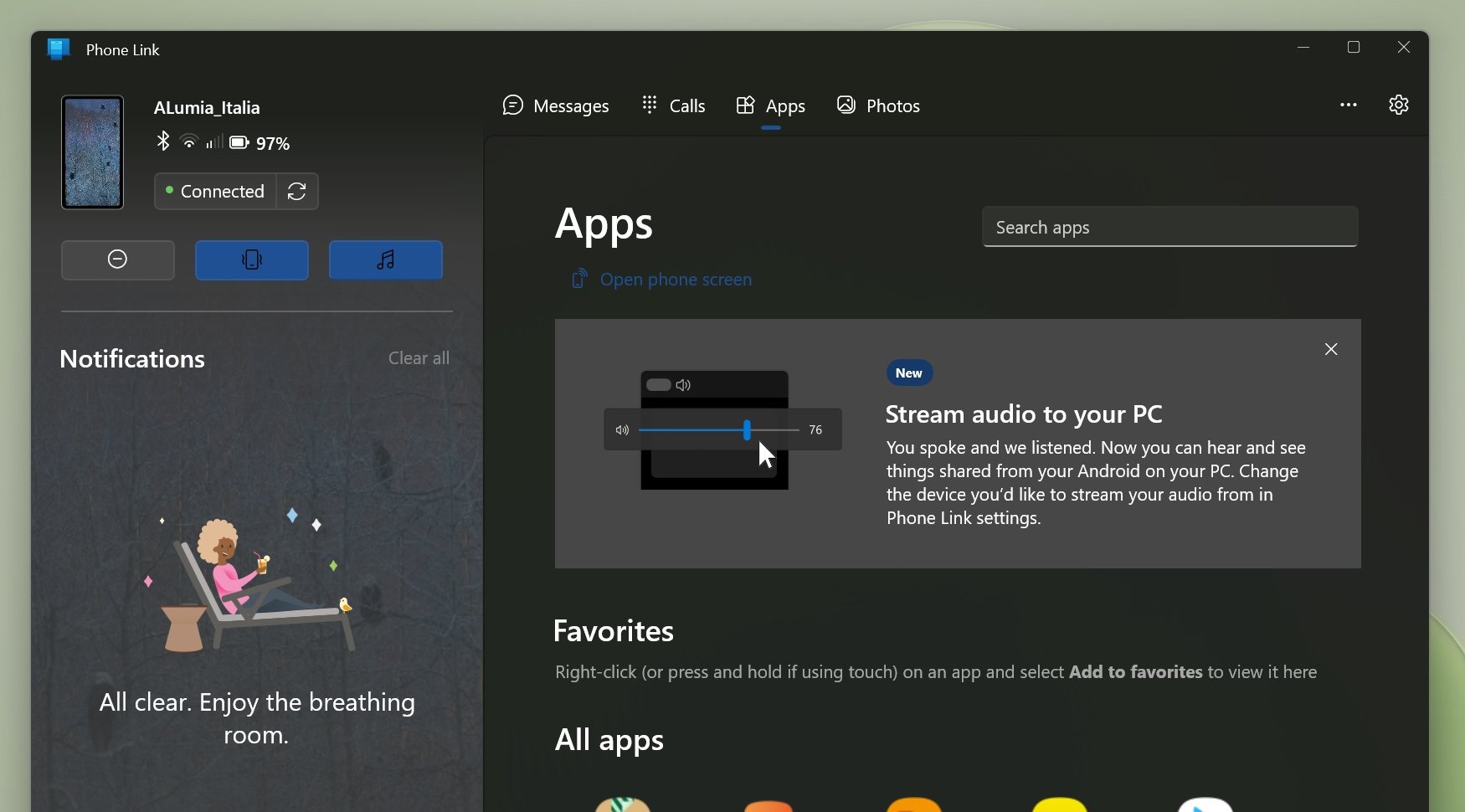 Windows 11’s Phone Link app (originally called Your Phone) was renamed earlier this year and refreshed with a new redesign that brings it in line with the updated Windows 11 user interface. Phone Link has been a useful tool for Windows before and it really works as long as you have a Samsung phone.

You can link your Android phone to the desktop and also sync your notifications, messages, contacts and apps (if you have a Samsung phone). Granted, Phone Link’s features are already more than enough to sync your devices in real time, but there are still plenty of opportunities to improve the app for non-Samsung users.

Luckily, Microsoft is working on a new update for the “Phone Link” app that would let you share phone audio with the desktop. The feature is called “Stream audio to your PC” and allows you to hear and see shared items from your phone on your PC. In a way, it’s similar to Spotify’s Connect now.

“You spoke and we listened! You can now hear and see shared items from your phone on your PC. Change the device you want to stream audio from in the Phone Link settings,” Microsoft noted.

The feature can be accessed above the notification area of ​​the Phone Link app. It seems to deploy to select users and it doesn’t seem to be functional at the moment.

Microsoft is working on another new feature for the Phone Link app – “Continuity Browser History”.

As the name and the screenshot below suggest, this allows Samsung users to easily share their browsing history with desktop or vice versa using Phone Link and Samsung’s default internet browser.

Along with improvements to existing apps like Phone Link, Microsoft is also working on an in-built screen recorder for Windows 11.

This was teased at the Surface event in October.

Windows 11 Snipping Tool is soon to be updated with a screen recorder and it’s definitely a welcome addition as Windows doesn’t have an easy way to record your screen unless you want to use Xbox Game Bar to record certain activities.

Microsoft hasn’t talked much about the upcoming screen recorder, but it looks like the feature could appear in Snipping Tool later this year.