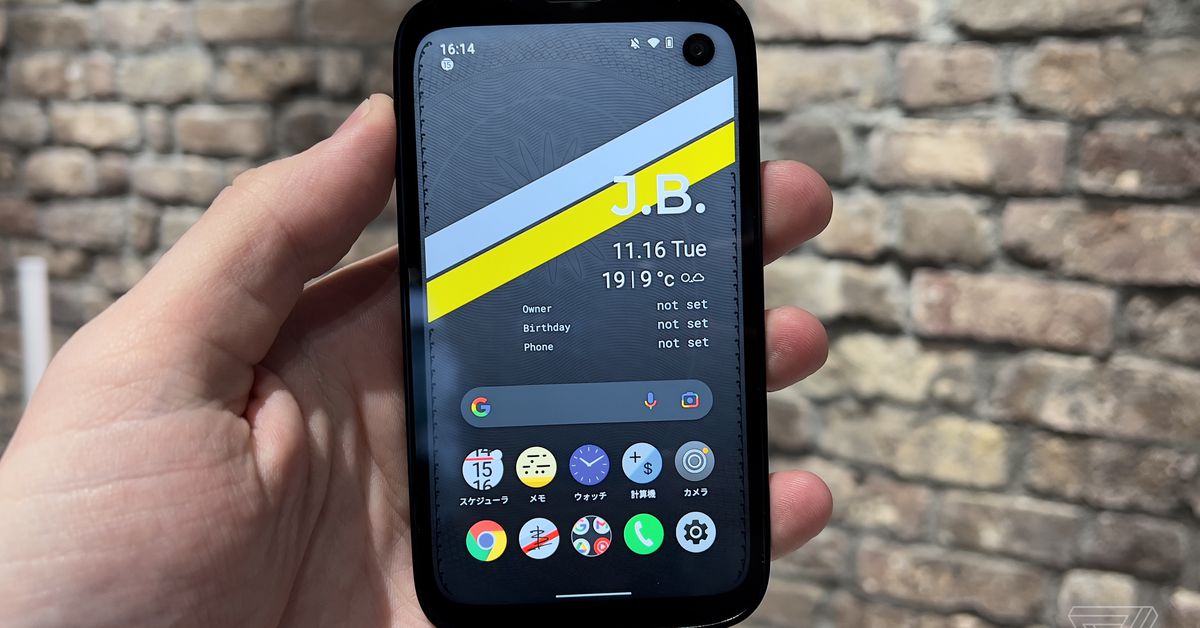 Japanese design company Balmuda today announced its first smartphone at a press event in Tokyo. The Balmuda phone, simply titled, is the first product from Balmuda Technologies, a new division of the company previously known for its sleek, high-end home appliances such as air purifiers and rice cookers. The Balmuda Toaster in particular has a cult following in Japan.

As you would expect, the Balmuda phone is quite different from other phones on the market. CEO Gen Terao said on stage that he believes smartphones have grown too big and bulky in recent years. The Balmuda phone was therefore designed with compactness and elegance as its main objectives. It has a crisp 4.9-inch 16: 9 1080p display and is roughly comparable to a 4.7-inch iPhone SE; the screen is slightly bigger and the phone is 2mm wider, but the smaller bezels mean it’s 15mm shorter.

The Balmuda phone is much thicker in the middle than around the edges.

The specs of the phone are generally mid-range. The processor is a Qualcomm Snapdragon 765 and there is 6 GB of RAM and 128 GB of storage. The battery is only 2,500mAh, which will hopefully be offset somewhat by the less powerful processor, although we would have to test for ourselves to see. Fortunately, the phone has wireless charging.

Where Balmuda really sets itself apart is in the design. It’s a well worn technical writing cliché to say something ‘feels good in the hand’, but that was clearly Balmuda’s intention here with the compact size and curved back that nestles in your palm. like a pebble. I have big hands, admittedly, but I think almost anyone would find it more comfortable to use than the heavy 6 inch slabs that most of us carry these days. Although the case is plastic, the build quality feels solid and there is a nice contrast between the textured back panel and the glossy edges. Overall, this is a cute and attractive item.

The software, which is based on Android 11, is also quite different from what you will find on most Android phones today. There is an interactive home screen with various customizable wallpaper elements for different shortcuts; for example, you can swipe on one of the lines to launch Google Maps. Horizontal swipes move you between some of the built-in software, like a calendar, notes app, and calculator. All of these had neat design touches like the Notes app’s visual timeline of photos and memos, or the calculator app’s built-in currency conversion and ability to handle large Japanese numbers that are counted by 10,000 rather than in the thousands.

The Balmuda phone will be available in Japan under contract with SoftBank later this month, and Balmuda itself is selling an unlocked model for 104,800 yen (around $ 920). That might sound like a lot for a compact Android 11 phone with these specs, but then $ 329 probably sounds a lot for a toaster too. Either way, you’re paying for the design and user experience rather than the nomenclature, and that’s clearly not for anyone who wants a conventional Android flagship. As the owner of the Balmuda Toaster, I can’t wait to hear how well the phone stands up to general use – because while I love the toaster, a smartphone is much more important in my life.