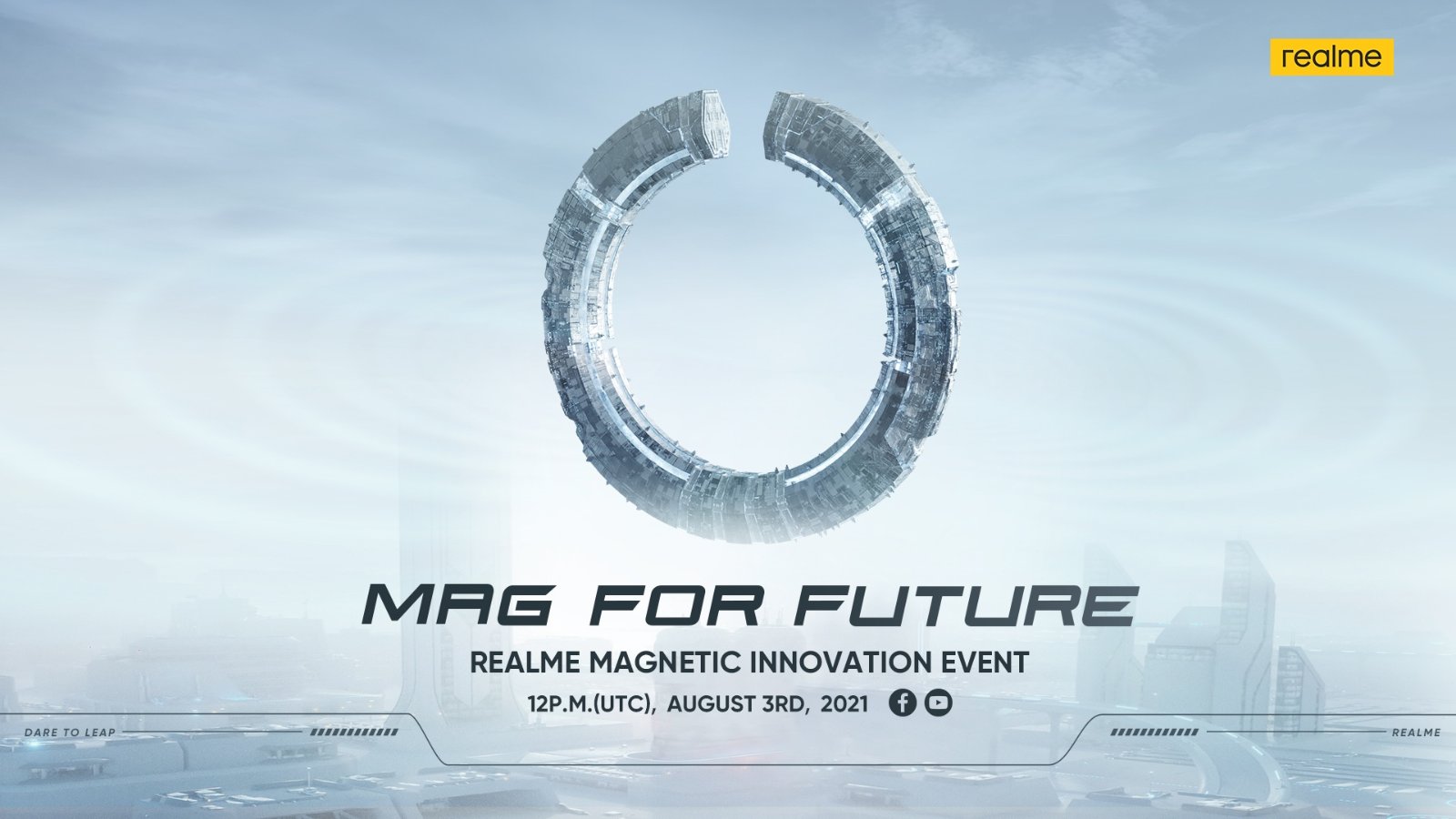 After teasing its announcement on social media, smartphone maker realme announced a new charging solution called MagDart which they claim to be the world’s fastest magnetic wireless charger.

The star of the ad however is the MagDart charger which can deliver 50W of power, a much more powerful delivery than the Apple MagSafe line of chargers which is the obvious comparison here. MagSafe offers 15W of output, albeit in a much smaller package, with the realme MagDart charger incorporating an active air cooling system (fan) to keep the phone and charger cool while charging, while still allowing the charger to run longer.

The 50W MagDart charge is fast, almost as fast as their 50W wired SuperDart charge, both delivering a 20% charge in 5 minutes, with the MagDart being able to fully charge the phone in 54 minutes.

At just 3.9mm thick, the MagDart 15W Charger is the world’s thinnest magnetic wireless charger. Despite the lack of fans, realme says the motherboard and MagDart charger coil are located at opposite ends of the charging plug and charging cradle, which means less heat is generated.

The MagDart 2-in-1 Power Bank and Charging Base is an innovative solution with the charger acting as both a desktop stand for wireless charging, which can simply go with you when you need to go, even without finishing your trip. charged.

One of the most interesting new accessories is the MagDart Beauty Light which is sure to please a lot of people. The accessory attaches to the back of your phone and provides an additional flashlight when taking selfies. The unit includes 60 LEDs that allow you to adjust the temperature and brightness to your personal taste.

Also announced was the MagDart Wallet, a neat accessory for fans of the wallet case. You can store up to three standard cards and then use the kickstand to prop up the phone if you’re watching movies or making video calls.

While realme has included a lot of them here, the accessories are a taste of things to come. The company used a concept phone – the realme Flash, the first Android smartphone that supports magnetic wireless charging to show off the features, there is no word that the phone will actually be launched. It’s rather likely that realme will start incorporating magnetic charging technology into its next generation of phones.

Andy Yang, Managing Director of realme Australia, says the showcase is a testament to the company’s commitment to bringing new technology fast charging.

We know consumers are short on time and don’t want to wait for their phone to charge. Last year realme unveiled its first SuperDart 125W charger to the world. This year, we are building on that to bring fast charging solutions to the world of wireless magnetic charging. With realme, we’re committed to making low battery anxiety a thing of the past, even in a wireless world.

There are no dates or prices for any of the props – but they do give us an idea of ​​where realme is going with their technology. We’ll likely see these new accessories on the next line of Realme phones, but we’ll have to wait and see.