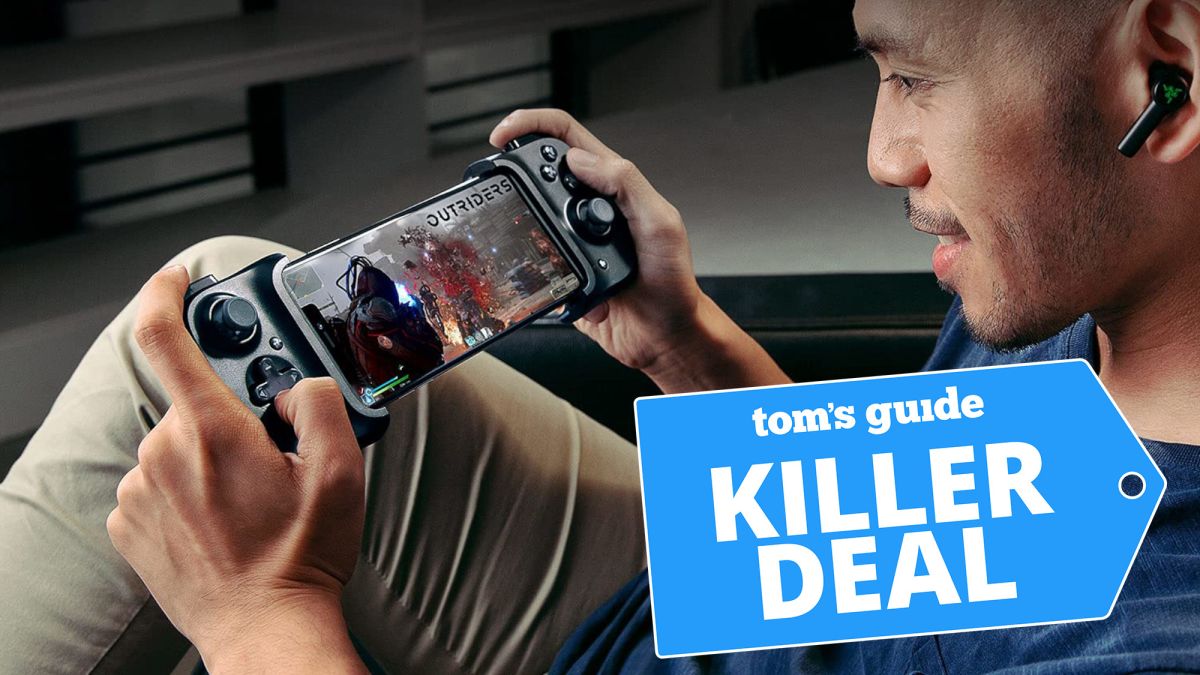 Prime Day is always a bit of a mixed bag for gaming accessories, but if you know where to look you can find some great deals. Example: you can currently get the Razer Kishi for $44 at Amazon, 55% off its usual price of $99 (opens in a new tab). The Kishi is a great mobile game controller stand, which turns almost any smartphone into an ersatz handheld game console. If you have an Xbox Game Pass subscription or just want to stream games in your own home, this is an easy sell.

Tom’s Guide has been using the Razer Kishi for a few years now, and there’s almost nothing to complain about. The stable stand fits most smartphones easily, while the face buttons are responsive and satisfying. A USB-C passthrough means you can charge your phone while you game. Otherwise, your smartphone dictates how the Kishi performs, and just about any modern smartphone can run cloud gaming apps.

Before you hit “buy,” there are a few caveats to keep in mind. First and foremost, Kishi’s $45 deal is specifically for the iPhone version of the device. If you want the Android version, be sure to click “For Android (Xbox)” under the device – or click the following link, which will lead to the Razer Kishi (Android) for $45 at Amazon (opens in a new tab).

The second and perhaps most important point is that the $45 version of the Kishi is not the latest model on the market. In recent months, the Razer Kishi V2 debuted, and our review said it’s “even better” than the first model. However, the Kishi V2 offers relatively mild upgrades, including more tactile buttons and a simpler mounting mechanism. In terms of functionality, the old Kishi is identical. We’d say it’s worth a $55 saving, but if you want the latest and greatest version, you’ll need to grab the Razer Kishi V2 for $99 on Amazon instead (opens in a new tab).