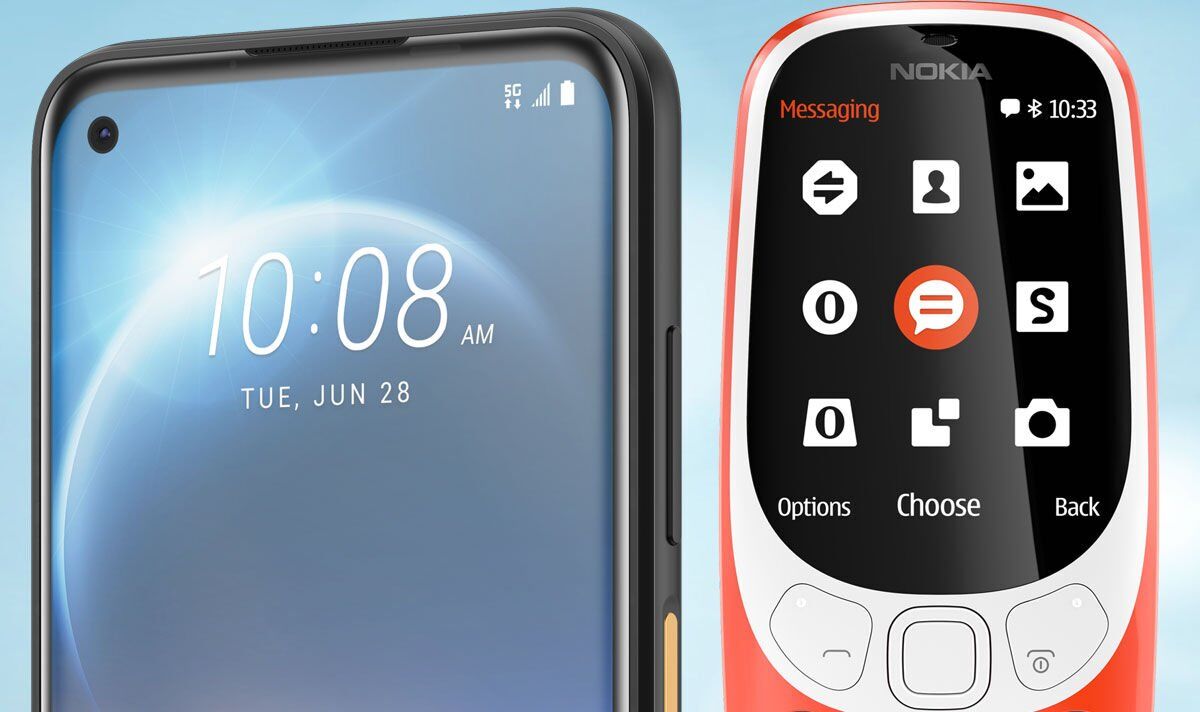 Apple, Samsung, and Google rule the roost when it comes to modern smartphones, but there are a number of veteran phone makers that hold a special place in many people’s hearts. Companies such as Nokia and Motorola were once the go-to choices for people looking for the best new phones on the market, but now these former titans are best known for their budget handsets. And now another iconic phone maker – HTC – is looking to make a comeback and take over a specific corner of the market.

This week HTC unveiled its latest handset, the HTC 22 Desire Pro, which was teased at MWC 2022 earlier this year.

Come with a price tag of £399the new HTC phone will compete with handsets such as Google Pixel 6a and Samsung Galaxy A53.

As you would expect from a mid-range phone, the new HTC will be able to connect to the 5G network thanks to its Qualcomm Snapdragon 695 5G chip.

It will also be equipped with a generous 8GB of RAM as well as 128GB of internal storage, and will be able to last a day of use on a single charge thanks to its hefty 4,520mAh battery.

In terms of other specs, the new HTC – which is the company’s first phone since 2021 – comes with Android 12 preloaded and is equipped with a 6.6-inch display with a 120Hz refresh rate.

The phone also boasts IP67 certification which protects it against water and dust damage while a fingerprint scanner on the side will help keep your device safe.

One feature that will help the HTC Desire 22 Pro stand out from its contemporaries is that the handset has been designed to work in tandem with the HTC VIVE Flow virtual reality (VR) glasses.

You’ll be able to stream movies and box sets from your HTC phone to VIVE Flow Glasses (priced at £499), giving you a cinema-style experience when you’re just sitting at home or in bed.

Speaking about the new phone, Shen Ye, Global Product Manager of HTC, said, “HTC Desire 22 pro offers a fantastic set of features ranging from a stunning display to a powerful set of cameras, making it versatile for HTC Desire 22 pro also opens up new immersive experiences as the perfect partner for VIVE Flow – whether it’s meeting colleagues in virtual reality or enjoying your own private cinema wherever you are. So whether you want an everyday powerhouse or for exploring new worlds, HTC Desire 22 pro is ready to go with your flow.”

If you want to buy the new HTC phone, pre-orders are available now ahead of its August 1 release date.

In the early days of smartphones, HTC was one of the most recognizable brands, with handsets such as the HTC One among popular choices for Android fans looking to get a reasonably priced smartphone.

Despite early successes, increased competition and a series of annual losses led HTC to diversify its products beyond phones, such as the VIVE line of VR headsets for PCs.

In 2018, much of HTC’s smartphone division was acquired by Google, with former HTC employees continuing to work on Google’s proprietary handsets from the Pixel 3a onwards.