No, ads are not coming for your Android phone lock screen 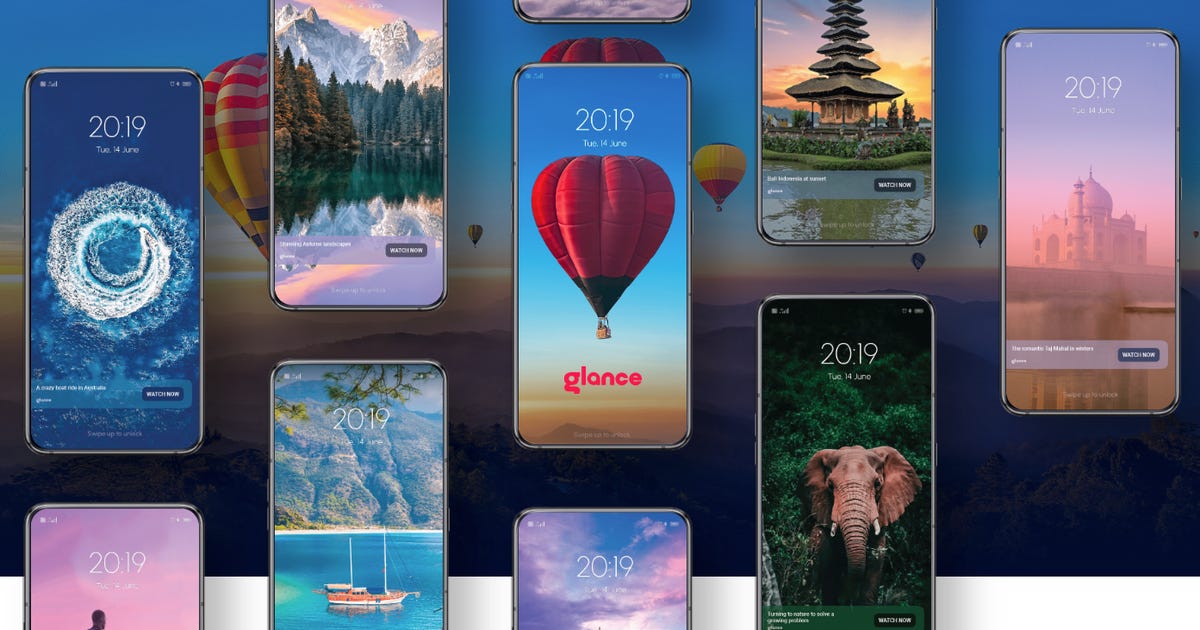 Android phone users in the US may have a new lock screen option to choose from in the near future – and it won’t include ads.

The announcement comes after TechCrunch announced on July 5 that Glance plans to launch in the United States within two months. The report also raised concerns about ads coming to Android phone lock screens. But Choudhary told CNET that Glance will not implement ads in the US version of its product and is instead exploring other monetization options, such as subscriptions and sponsored links.

“We’re very clear that in the US we won’t have any lock screen ads at all,” Choudhary said in an interview with CNET.

He couldn’t share details on when Glance will launch in the US, what phones it will be available on, or what carriers the company will work on. The platform will continue to be Android only when it comes to the United States.

The company also showed CNET what its lock screen platform will look like in the US. Glance will take an approach it calls “spaces”, which essentially displays content on the lock screen related to a theme or interest.

A sports space, for example, could show highlights from a recent game or live updates in real time. A workout space can show your step counter and a recommended playlist, while a cabin space can show the estimated time until you get to your destination or recommend a mini-game. These so-called spaces would live above the user’s lock screen wallpaper photo. Users will also be able to disable the Glance lock screen on phones that support it, according to Choudhary.

“We’re trying to convert the phone to provide you with more utility in the area you’re in that day,” Choudhary said.

Glance issued a press release following the publication of this article detailing its “spaces” approach and monetization strategy in more detail.

Glance’s expansion into the US is another sign that the lock screen is evolving into more than just a shield to protect our personal information and a destination to check the time. The revamped iPhone lock screen is a major area of ​​interest in iOS 16, the new mobile software update from Apple that will arrive this fall. When the update rolls out, iPhone owners will be able to add Apple Watch-like widgets to their lock screen and customize font styles and colors.