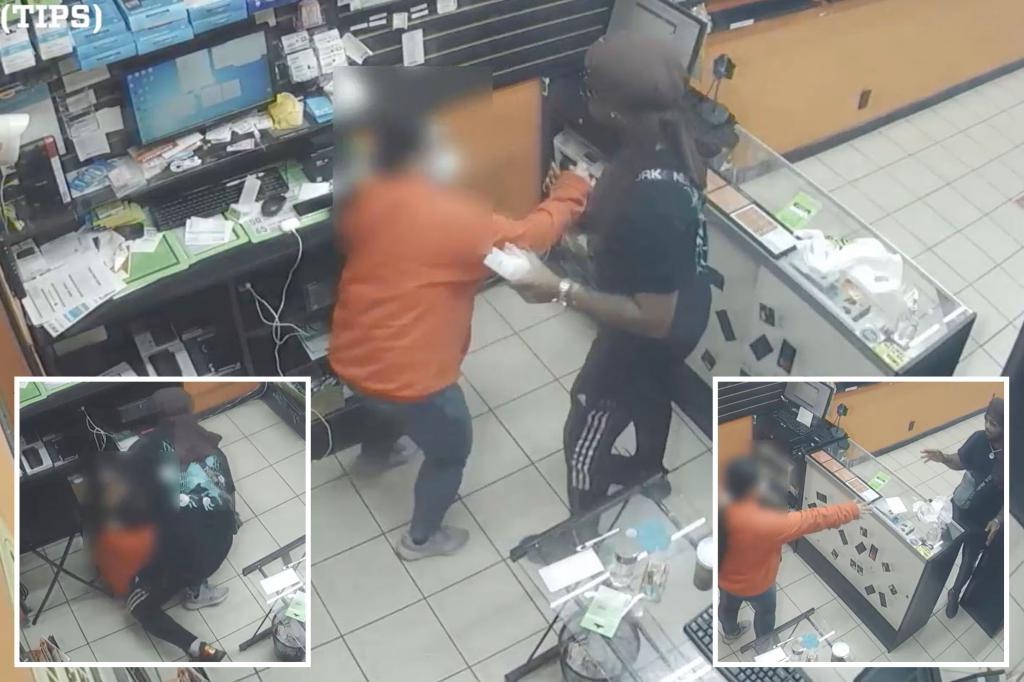 Footage released later on Sunday shows the suspect talking at length with the worker before going behind the counter and slamming her to the ground in an attempt to snatch a cellphone and headphones from her.

He fled with the items and rushed into the East 16th Street B and Q station, police said.

The worker reported no injuries.

The police are still looking for the thief.