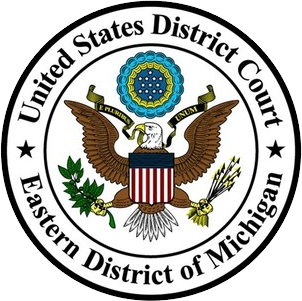 Ison and Totten were joined in the announcement by Special Agent in Charge James A. Tarasca, Federal Bureau of Investigation, Detroit Division.

John Douglas Allen, 76, pleaded guilty before U.S. District Judge Thomas Ludington in Bay City, Michigan. Allen faces up to 20 years in prison when sentenced on November 9, 2022. During the plea hearing, Allen admitted that on September 15, 2021, at approximately 7:36 p.m., he placed a United States Postal Service ( USPS) box with black tape on it and a wire sticking out of it outside an AT&T store in Sault Ste. Mary, Michigan.

Later that evening, Allen placed another USPS box with black tape over it and a wire sticking out outside a Verizon store in Cheboygan, Michigan. Both devices were examined by the FBI Laboratory Explosives Unit, which concluded that they were improvised explosive devices (IEDs), also known as pipe bombs.

Both pipe bombs contained shrapnel and a threatening note demanding $5 million. Based on video footage taken from nearby cell phone stores and other businesses, as well as an extensive investigation by law enforcement, officers were able to determine that Allen was the person who had left the parcels outside the stores.

“The actions of this defendant could have resulted in significant bodily harm or death to citizens of the area,” U.S. Attorney Ison said. “Thanks to the hard work of our law enforcement
partners and prosecutors, we were able to find and remove these dangerous devices before the accused caused serious harm.