How to Get Earthquake Alerts on Your Android Phone 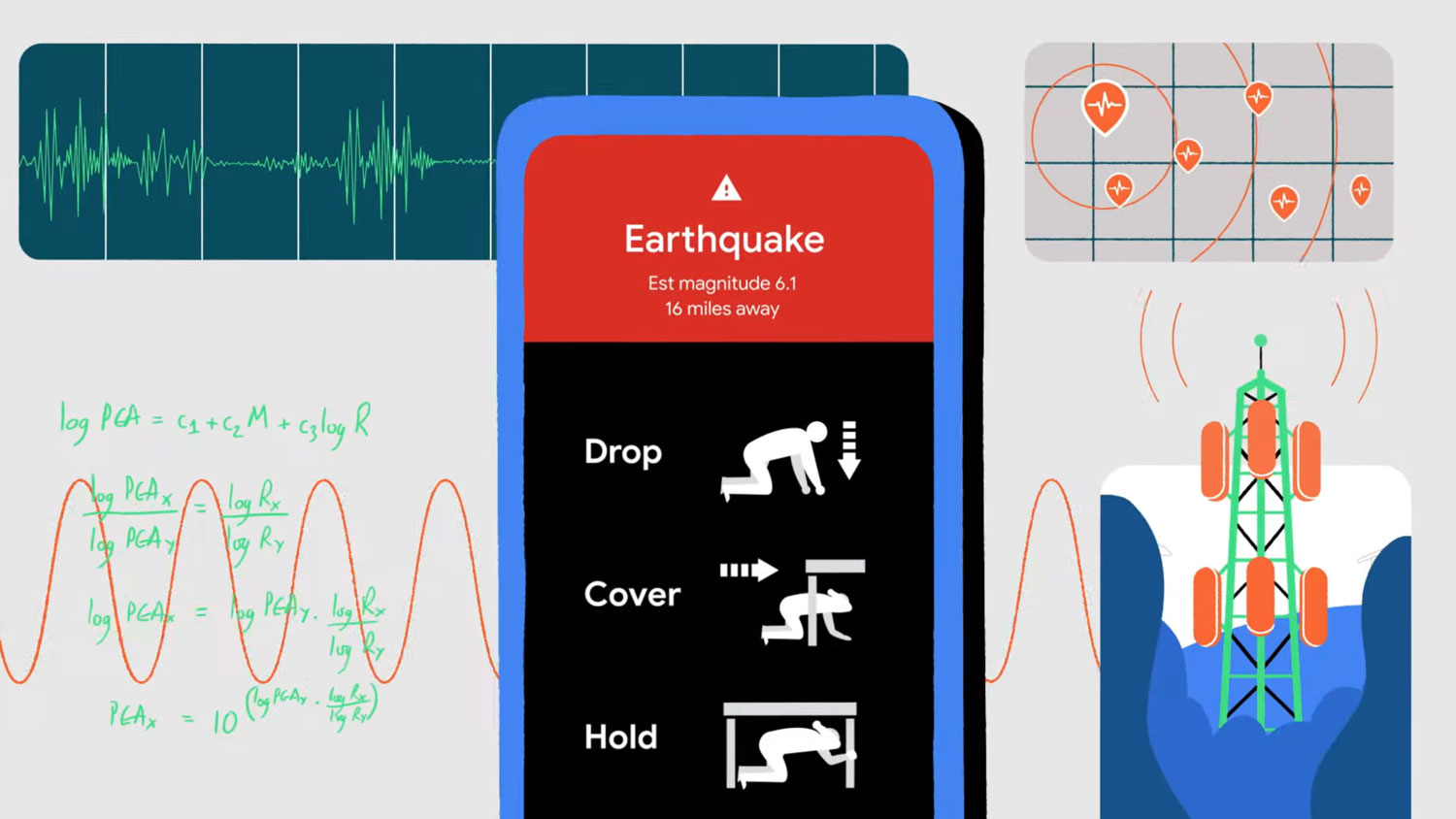 On Tuesday, several Android owners in the San Francisco Bay Area received an early warning notification ahead of the 5.1 magnitude earthquake near San Jose. According to Android Authority, many reported on Twitter that they received earthquake alerts before iOS users — a profound observation, considering how it goes the other way around for upgrades. .

In 2020, Google worked with the United States Geological Survey (USGS) and the California Governor’s Office of Emergency Services (Cal OES) to develop a system that would send earthquake alerts to people living in California who own an Android phone. Powered by ShakeAlert, the alert system would allow Android phones to be mini-seismometers, detecting earthquakes and giving people a grace period of seconds to duck and cover themselves before the shockwaves hit. begin.

Google’s earthquake alert system proved effective when Android users reported that they received notifications five to 10 seconds before feeling tremors. To prove its effectiveness, Google’s vice president of engineering for Android, Dave Burke, tweeted a GIF of the Bay Area map showing Android phones powering up before the earthquake.

If you live in a country or region that is prone to earthquakes, like California, Japan, Haiti, or even the Philippines, and you want a way for your phone to detect them, you might want to make sure to enable Google ShakeAlert, which is built into any Android phone you own. For added security, you can also download the MyShake or Earthquake Alert app! application.

How to get Google Shake Alert

Google ShakeAlert is already pre-installed on Android phones and used in California, Oregon and Washington, but is also used in other selected countries. The system uses a network of 1657 sensors to detect earthquakes and analyzes this data to determine the size and location of the earthquake. Then it sends a signal to the Android Earthquakes system to then send notifications directly to Android phones.

Android sends two types of earthquake alerts, but both are only used for magnitudes of 4.5 or greater. The Be Aware alert notifies you of light tremors and gives you more information when you tap the notification. The action alert runs through your Do Not Disturb settings and plays a loud sound to get your attention, and gives you instructions to drop, cover, and hold – much like stop, drop, and roll if you catch fire.

Whether you live in these states or just travel and want to enable this feature for your safety, follow these simple instructions.

Step 3: To toggle earthquake alerts on.

How to use the MyShake app

The MyShake app was developed by UC Berkeley and is sponsored by Cal OES. Like ShakeAlert, it is used in California, Oregon and Washington.

The app sends an earthquake alert notification when it thinks there will be shaking, taking you to a page that reminds you to drop, cover, and hold on to something. The map will display the magnitude of the earthquake as a bubble icon relative to your location, and it will stay there until there is more information about the earthquake. An orange dot will replace the target icon after 10 minutes, and tapping it will take you to the earthquake information page.

You can also access the earthquake event page, which will give you a map showing hexagons that represent reports from other app users. Here is how you can enjoy this app.

Step 1: Download the MyShake app from the Google Play Store.

2nd step: Open the app and select Allow for location tracking, notifications and alerts. Enabling your location settings allows the app to know the approximate location of your phone to determine if you are in the affected area and to allow it to send you earthquake alerts.

Step 3: Choose if you live in California, Oregon or Washington.

Step 4: View recent earthquakes, report any earthquakes you encounter, and visit the Safety page to learn safety techniques. Drop, Cover, and Hold is the most important earthquake safety rule, and you’ll see this reminder when you receive an audible notification that an earthquake is about to occur.

How to use Earthquake Alert! application

While not exactly the most popular app of the bunch, Earthquake Alert! The app is still a good option for people who live in other earthquake-prone countries. Moreover, it has more features than ShakeAlert and MyShake.

Step 1: Download the earthquake alert! from Google Play Store, open the app and allow it to track your location.

2nd step: Choose the Last to see the list of magnitudes of earthquakes in your area and in other areas of the world.

Step 4: Select the New to get updates on earthquakes happening in your area and elsewhere.

Step 5: Choose the Statistics to see how many earthquakes there were today, last week and last month.

Step 6: Above all, if you have felt any earthquakes, report them to the USGS.

Like it or not, no matter where you live, earthquakes are inevitable because tectonic plates are always in motion, and have been for millions of years. The stronger they are, the more damage and loss of life. These apps will help you better prepare for this natural disaster and save the lives of others affected.