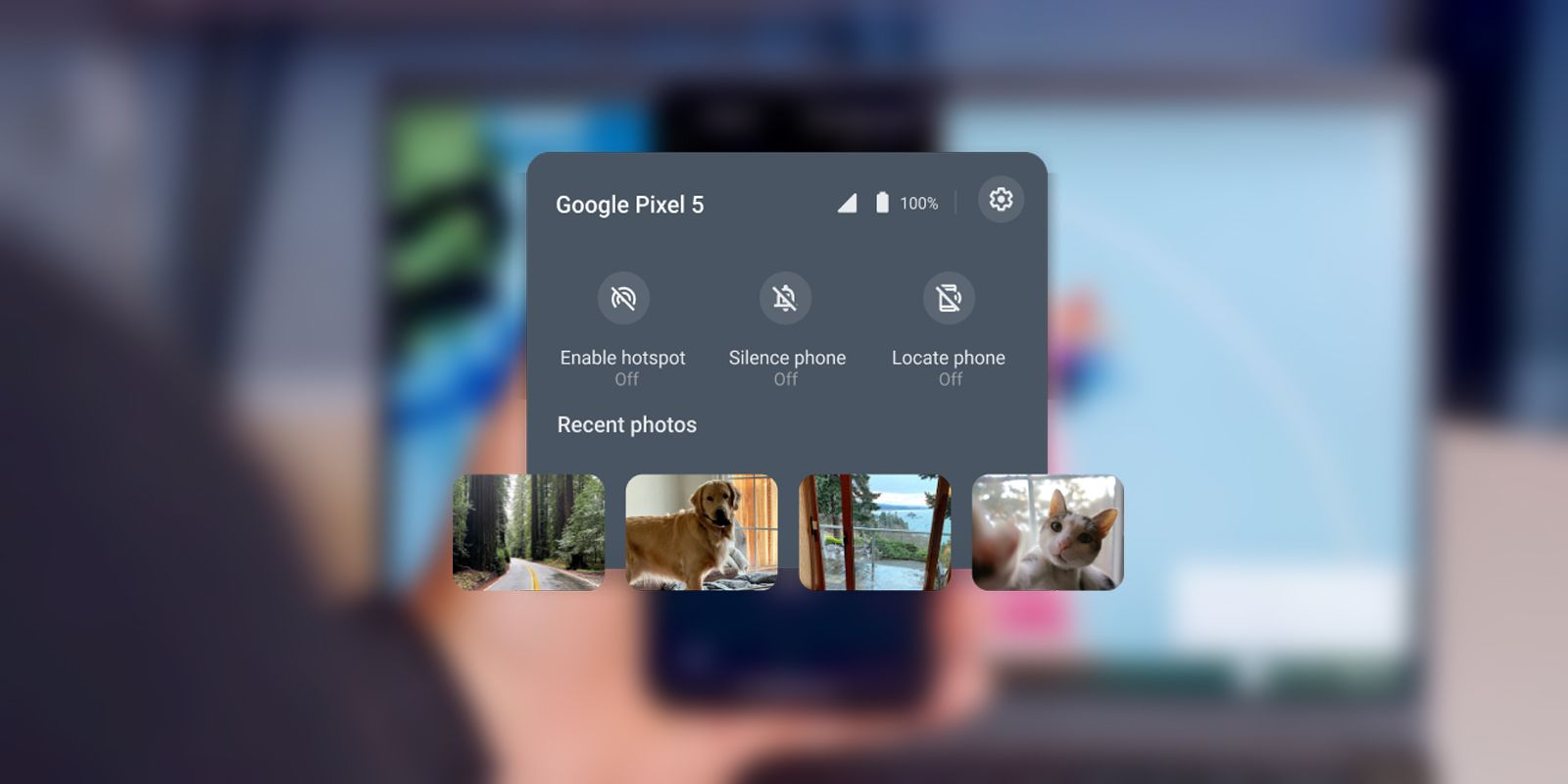 Chromebook users have been given a handy feature to access their recent photos from the Phone Hub section. Users can now view and download recent photos taken on their Android smartphone without having to transfer them manually. Moreover, this feature will work even when the user is offline, and recent photos will be updated immediately after the user takes a new photo.

Phone Hub is an integrated control center that allows Android and Chromebook users to seamlessly connect their two devices. This feature allows users to reply to and manage text messages, check their phone’s battery percentage, and turn tethering on or off. Users can also disable their phone or locate it when it is lost. Phone Hub’s new recent photos capability is convenient because Chromebook users don’t need to pick up their phone to share photos.

Related: How to Hard Reset and Factory Reset (Powerwash) a Chromebook

Users with a Chromebook or Chrome OS device running Chrome 103 or later and an Android phone can take advantage of the new feature through the Phone Hub. To use the new recent photos feature, users must be signed into the same Google account on both devices and also be connected to the same Wi-Fi network. Chromebook users will notice a new section in Phone Hub that displays recent photos on their Android phone. Users can tap on any photo to enlarge it and view it in full size. Plus, they can download the photo to their Chromebook device to edit, share, or use anywhere else.

Easier sharing between Chromebooks and Android

Chromebook users can also use the built-in “Nearby Sharing” feature to transfer files, music, and documents between other Chromebooks or Android devices. Nearby Sharing has also been updated, and users can now use an Android phone to connect a Chromebook device to any saved Wi-Fi network, without entering the password. Users need to open the internet settings page on their Android phone, go to ‘Wi-Fi network‘ then press ‘To share.’ Now press ‘Nearby‘ below the QR code to share Wi-Fi credentials with the Chromebook.

It should be noted that Microsoft provides Windows users with a solution similar to Chromebook’s Phone Hub, which is Phone Link. Currently, Phone Link allows users to sync and manage text messages, camera roll, and screenshots, screen mirroring, and answer calls. Apple also provides a native connection between iPhone and Mac, where users can use the Photos app (with iCloud backup) to view recently captured images and videos, or share them wirelessly via AirDrop. For most users, a reliable and always-on connection between their devices is fundamental for getting work done or even for entertainment and personal use, and Chromebooks has just taken a big step towards smoother file transfers.

Next: How to check usage and free up storage space on Chromebooks

Mustafa is a technology writer for Screen Rant who is a geek at heart. He is also interested in digital marketing, business development and entrepreneurship. He holds a bachelor’s degree in accounting and finance. He’s a Marvel fan, a soft pop music enthusiast, and a certain gamer.